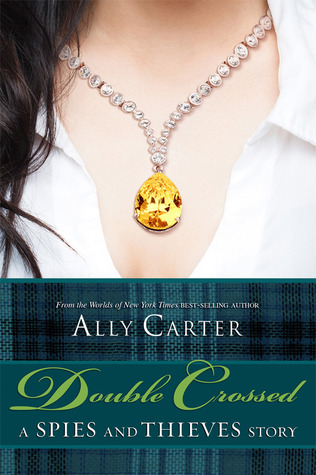 Macey McHenry and W. W. Hale are both incredibly bored at an upper crust societal ball. There is more to both than meets the eye and when the simple party turns into a hostage situation, they both learn more about each other and the people around them than they ever thought they’d need to know. Can they use their spy/thief know-how to prevent any bloodshed? Or will the bad guys prevail?

The entire ensemble of characters in this novella are all equally intriguing. Macey is smart and cunning, with that fighting knowledge that makes me wish the magical academy she attends were real and that I could sign up. Hale is an upstanding guy, in a manner of speaking. Sure, he’s a thief in his spare time, but he’s completely loyal to Kat, refusing to even flirt with Macey in the most superficial way. He’s also pretty intelligent, seeing a few minor details that Macey missed. Then there is Kat, the woman behind the scenes. She redefines the word smooth. Slick as hell with plenty of knowledge and background in everything from a con job to an upscale heist to picking a strangers pocket.

I must confess that though both the Gallagher Girls series and the Heist Society series have been on my reading list for quite some time, I’ve never been overly excited about either. Sure, they had looked interesting, but they were not something I was just dying to read. I wasn’t entirely sure how well the spy/heist stuff would play out in a novel. It works great on screen (I’m a huge fan of heist movies), but I wasn’t sure if all the minute description required would bore in writing. Well, I can now officially say that they have been bumped significantly higher on my to read list. If they are half as good as this novella I’ll be in for a treat. It was everything I could want, with the right amount of humor and suspense to keep me guess and craving more. If you want to give this series a try, this is the perfect thing to start out with. Yes, it is in the middle of the series, but it’s easy to follow along and, right now, it’s free for the kindle. Go give it a try!